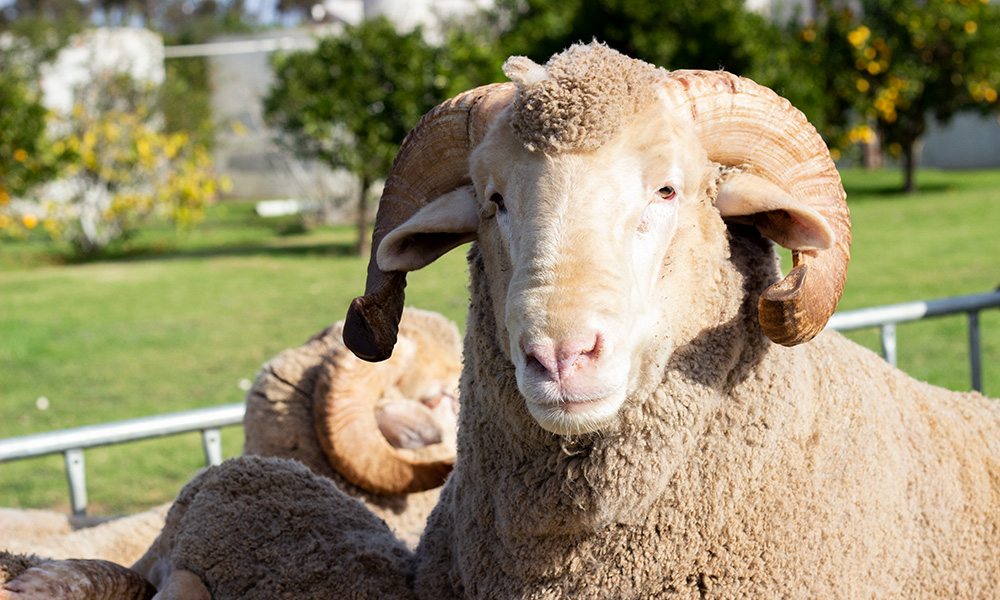 The scale of COVID-19 and its economic repercussions are staggering. Nearly all sectors of society and the economy are struggling to come to terms with events which continue to change at a rapid pace. With this in mind, this article looks at a Merino price series from the early 1920s onwards.

During the past century, the wool market has seen a depression in the early 1930s, a collapse of the Reserve Price Scheme in the early 1990s and some price booms (1951, 1973 and 1988). Figure 1 shows a Merino price series (put together from a variety of sources) which is mainly a 23 micron series to 1947 and then an average Merino micron prices series thereafter (to this month). The price series is adjusted for inflation and expressed in 2019 Australian cents per kg values.

The 1951 peak stands out in Figure 1. Prices trended higher from the depressed levels of the early 1930s, to peak in 1951. Then they trended lower all the way through to 1971, before the 1973 commodity boom dragged wool prices higher. They were then relatively stable until the late 1980s (less so in US dollar terms) before the disastrous events of the late 1980s lead to the depressed 1990s when wool prices were weighed down by high levels of greasy stock. From 2008 prices have trended higher, helped by a weakening Australian dollar. 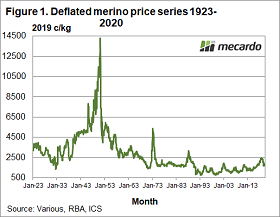 Figure 2 shows the variation in the Merino price series from its highest price level of the preceding five years, from 1923 through to March 2020. Keep in mind that factors have changed during the past century such as the floating of the Australian dollar. The three big falls in price followed the major price cycles of 1951, 1973 and 1988 where prices fell by 70-75%. Figure 2 shows what happened in the early 1930s. Price had peaked much earlier, in the mid-1920s. From early 1929 the price falls, eventually falling by 60% before stabilising and recovering all of the fall quite quickly. The snag is that the down cycle took a couple of years to play out from 1929 onwards. 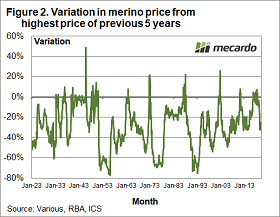 Figure 3 shows the Merino price series compared to the lowest price of the preceding five years, from 1923 to March 2020. The 2018 rising price cycle is put into context here. The 2018 price cycle was a fairly standard 100% increase in price above the previous cyclical low. The 2002 post stockpile price cycle, was considerably higher and the 1973 cycle was the biggest of the century. The 1951 cycle built on a rising price cycle following World War 2. Note the rebound in the mid-1930s from the depressed prices of the early 1930s. 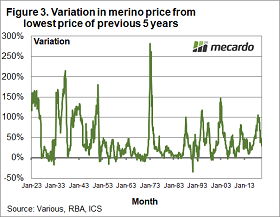